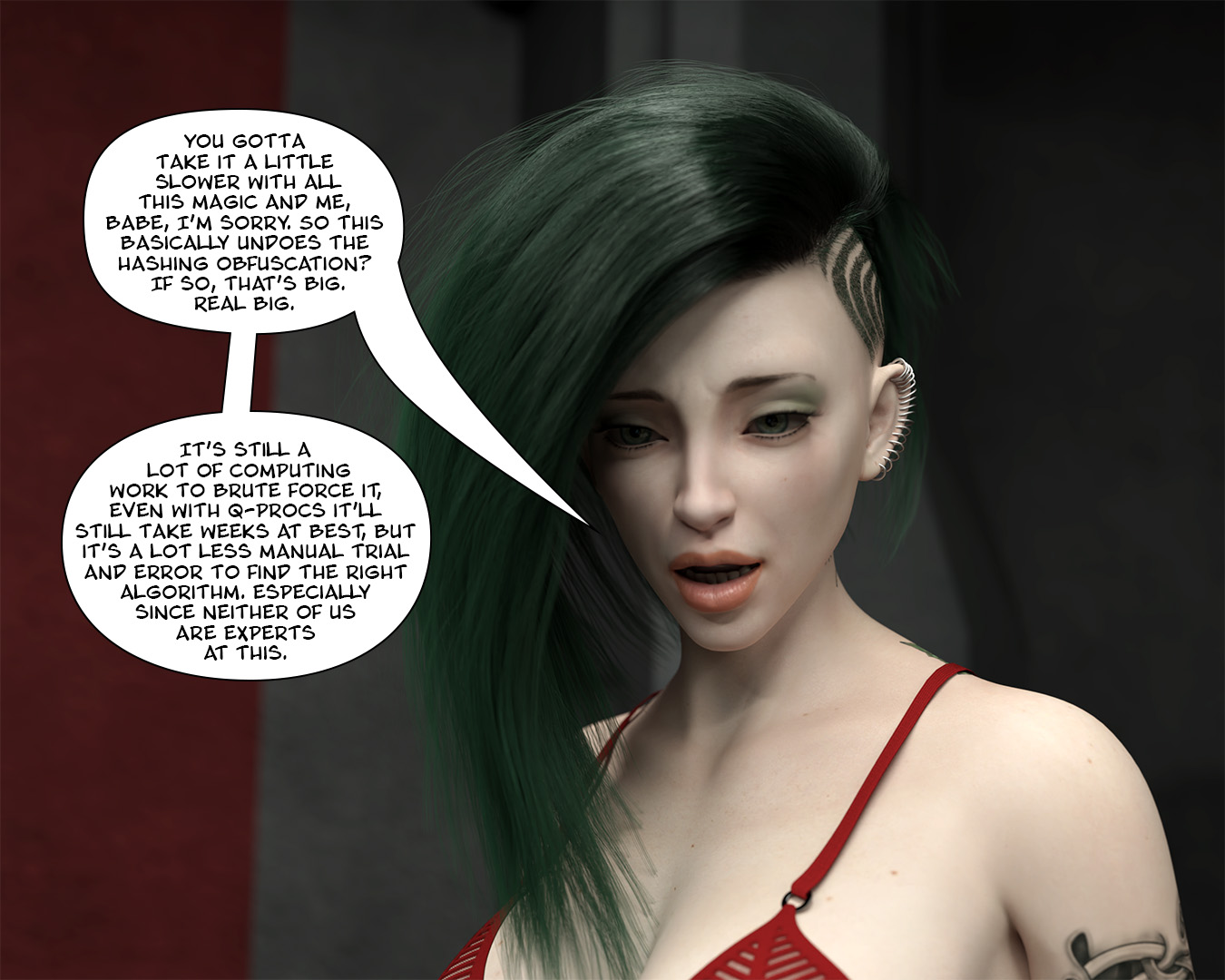 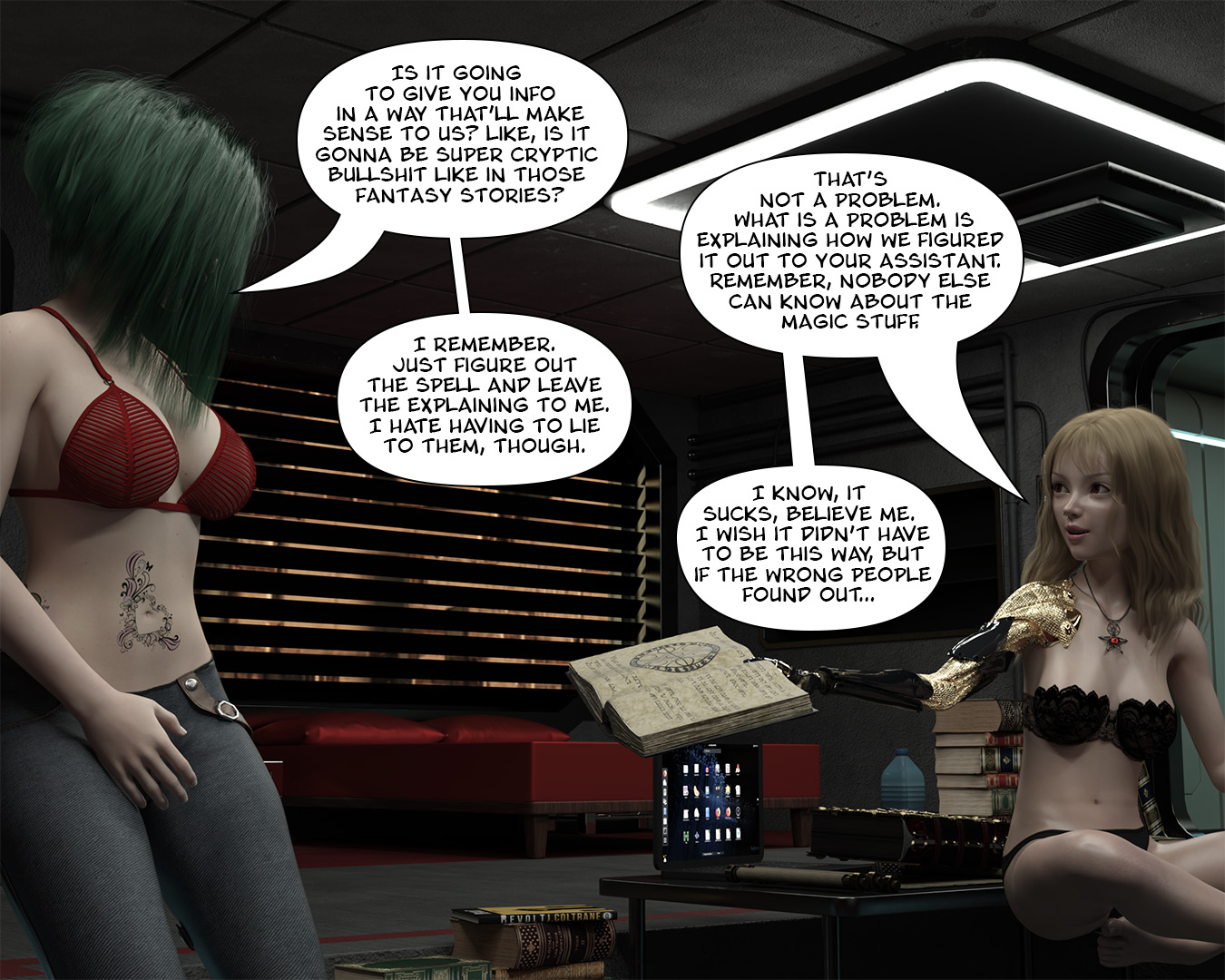 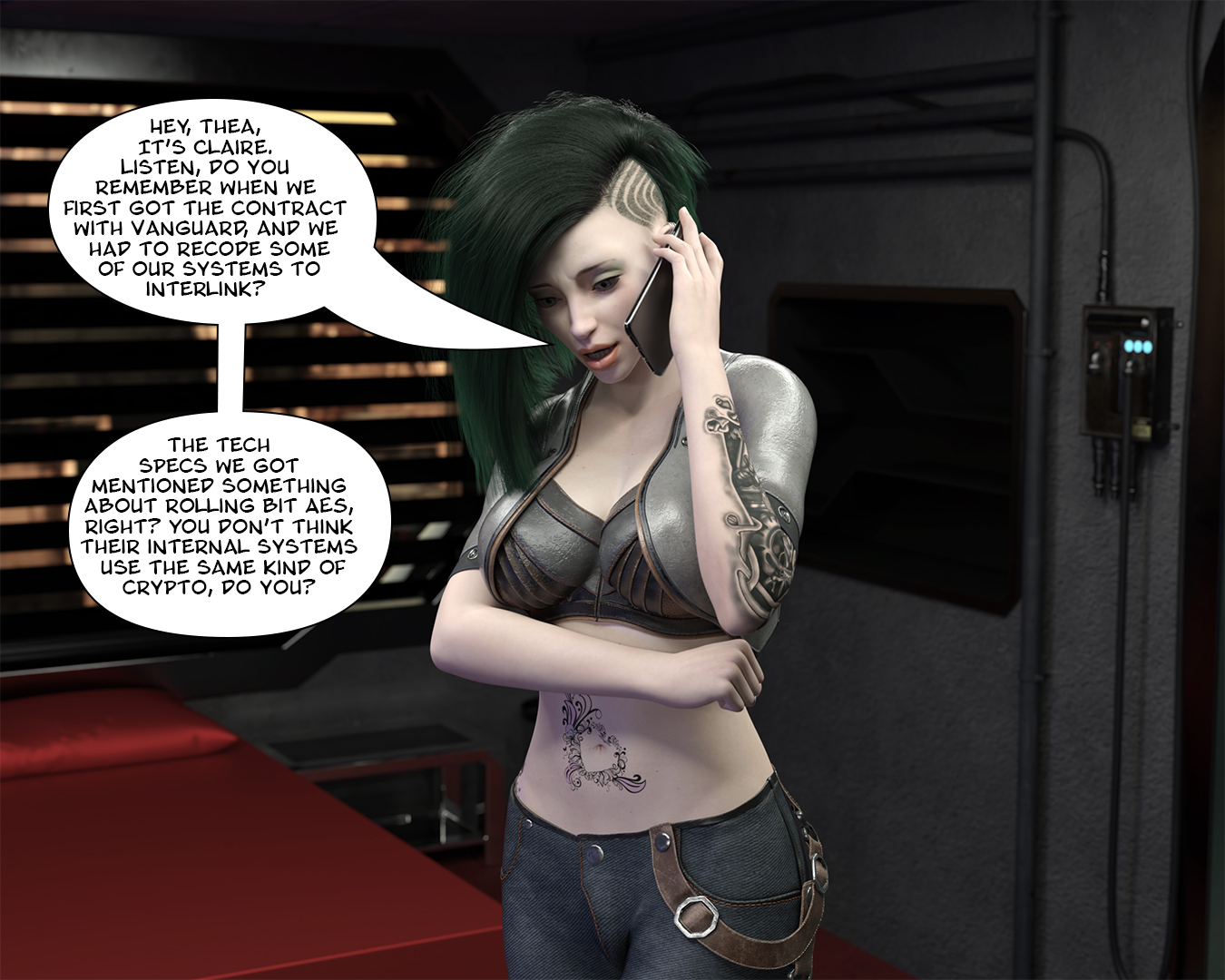 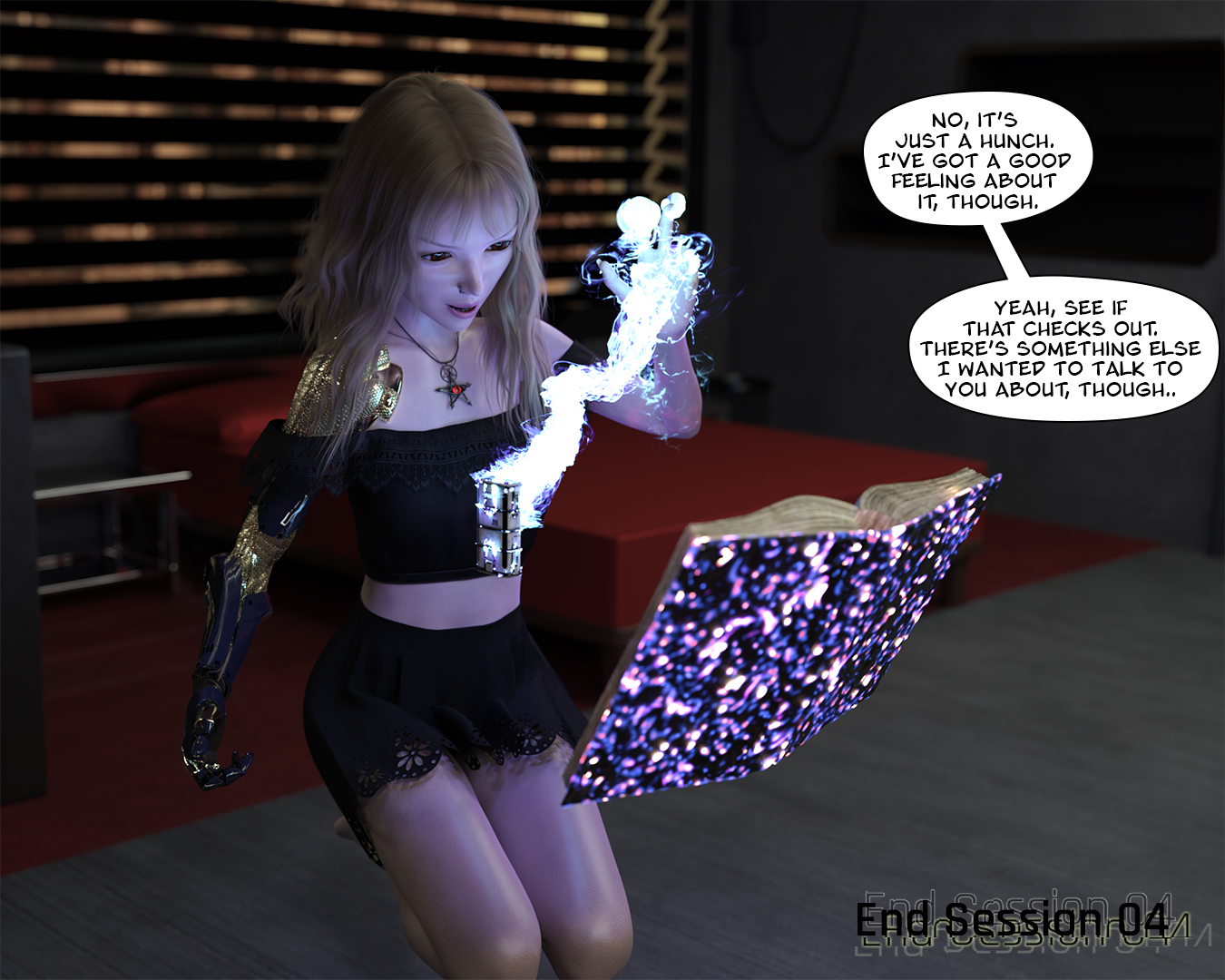 Guess what: We've reached a milestone! We've finished another subchapter, the first one of chapter 2, and now I am going to be starting work on Session 05, which is going to be, I feel, the biggest chunk of this chapter. The whole story of what's on that drive is yet to be discovered, but we've begun the process.

Plan on weekly updates for the next few weeks, while I get this next scene going. It is, beyond the shadow of a doubt, the most technically demanding thing I've ever done for this comic, and as such it's taking me upwards of a week to get each set of scenes processed. Bear with me, because when I get it going it'll be amazing, but until then...I'm chugging along. (Fun fact: The GPU memory of the RTX 3090 is *actually* the bottleneck now! I'm in the market for a *second* 3090, along with server hardware to build a dedicated rendering system. Which...I don't have money for D:)