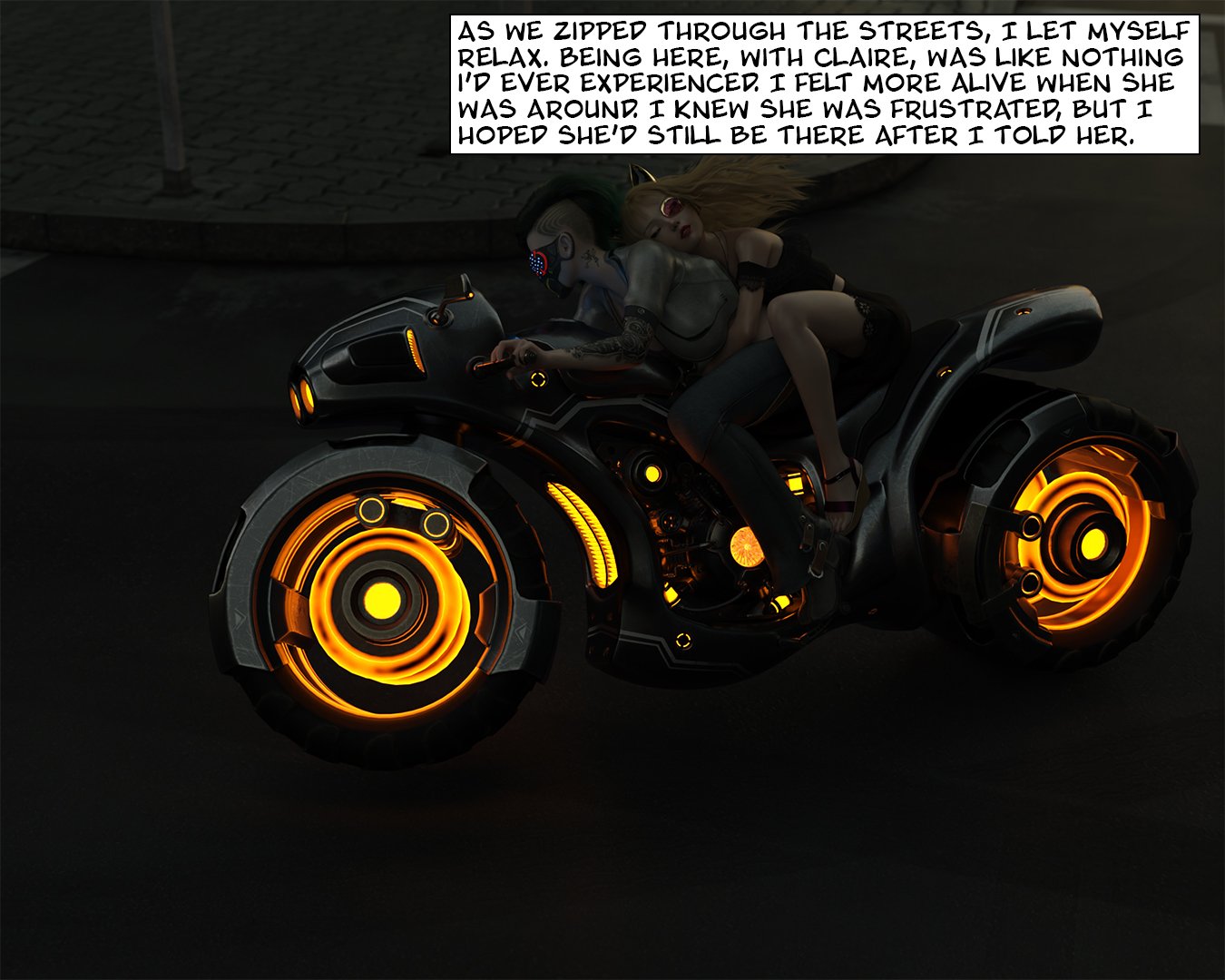 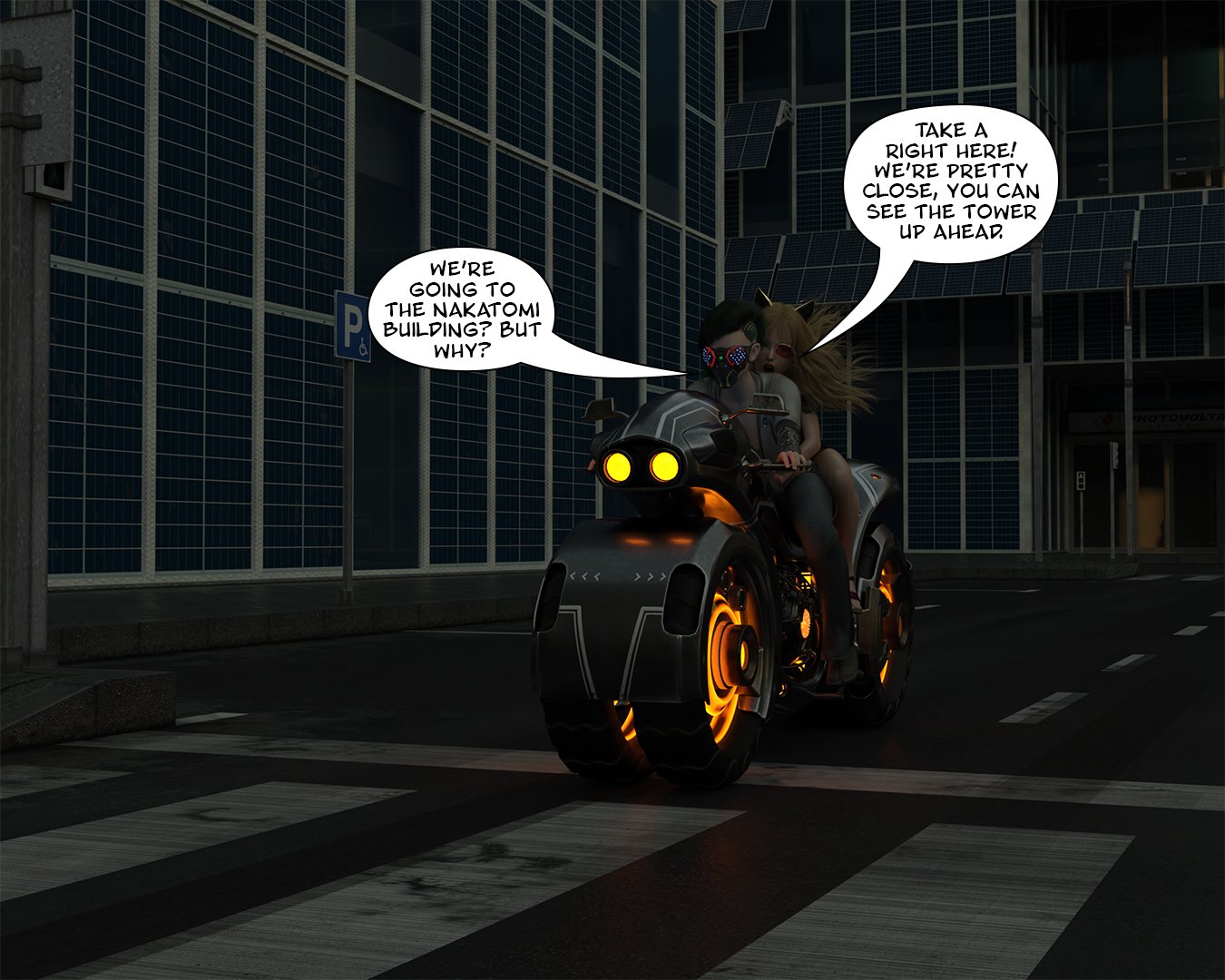 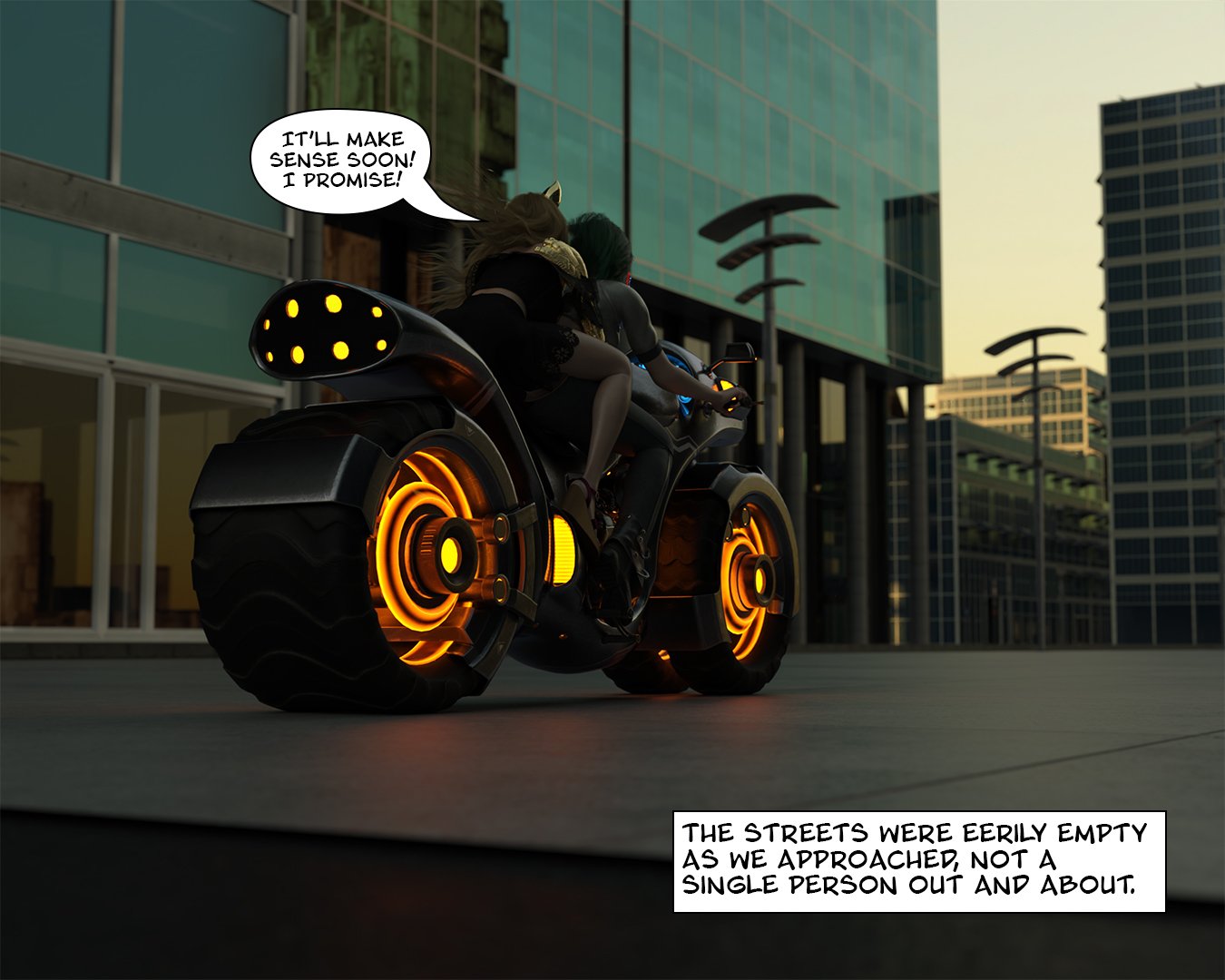 Jade's really calling me out, huh? Ok, making populated areas is hard, purely from a technical perspective. Let's talk about it.

I'll admit, one of the most difficult parts of making a rendered comic in Daz Studio is dealing with constructing realistic amounts of people. The first scene in the comic had a sizable crowd in the bar, but it also gave me more trouble than I knew how to deal with just getting it rendered. This is largely a technical barrier, because each person added to a scene increases the complexity of the render significantly, and adding enough figures to populate a modern street without overloading my computer is impossible for me right now.

Chapter 2 and beyond are going to have a lot more characters in a much larger ensemble cast, and I'm going to have to figure this out. That's one of the major things I'm going to be learning while I'm off between chapters.