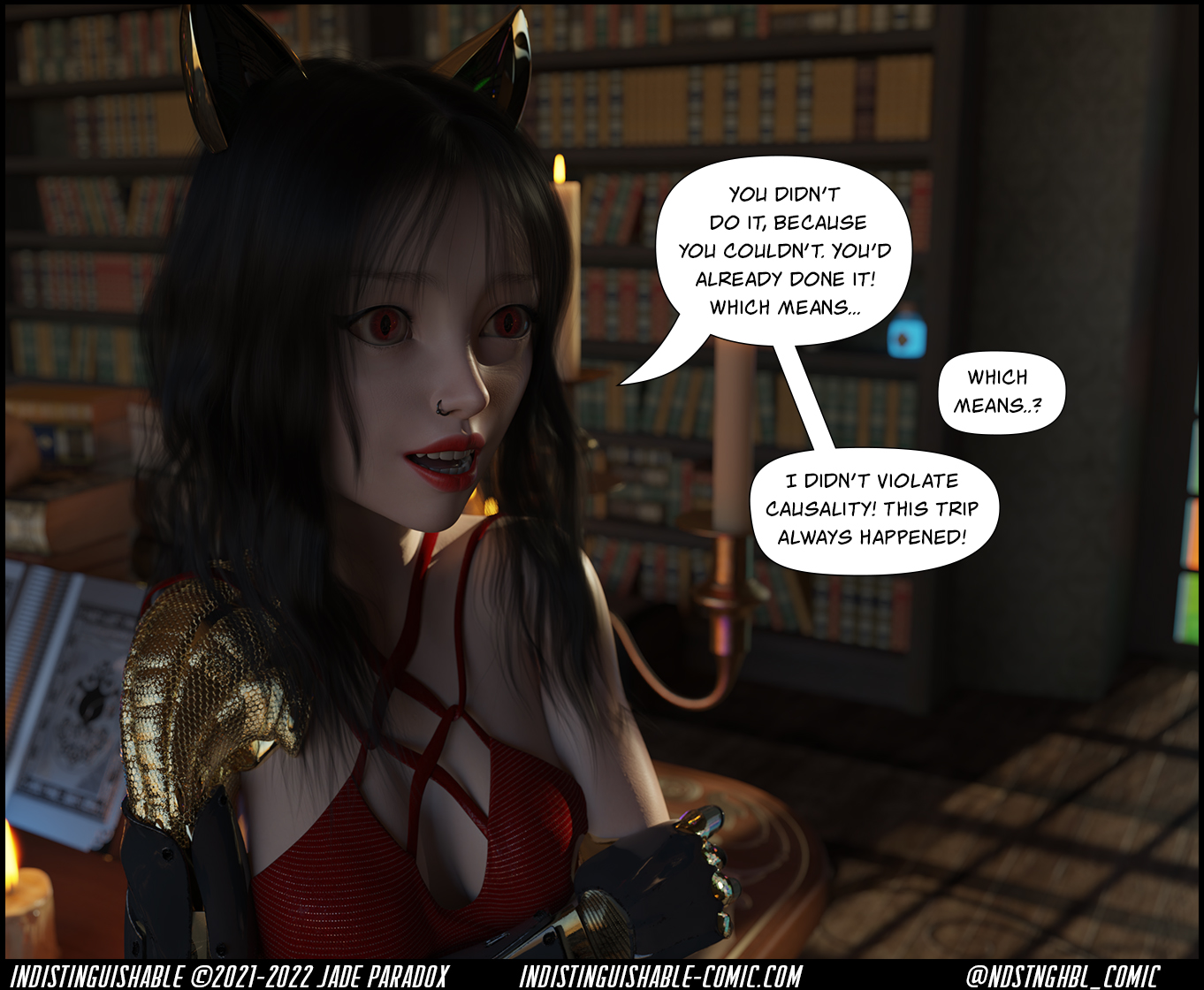 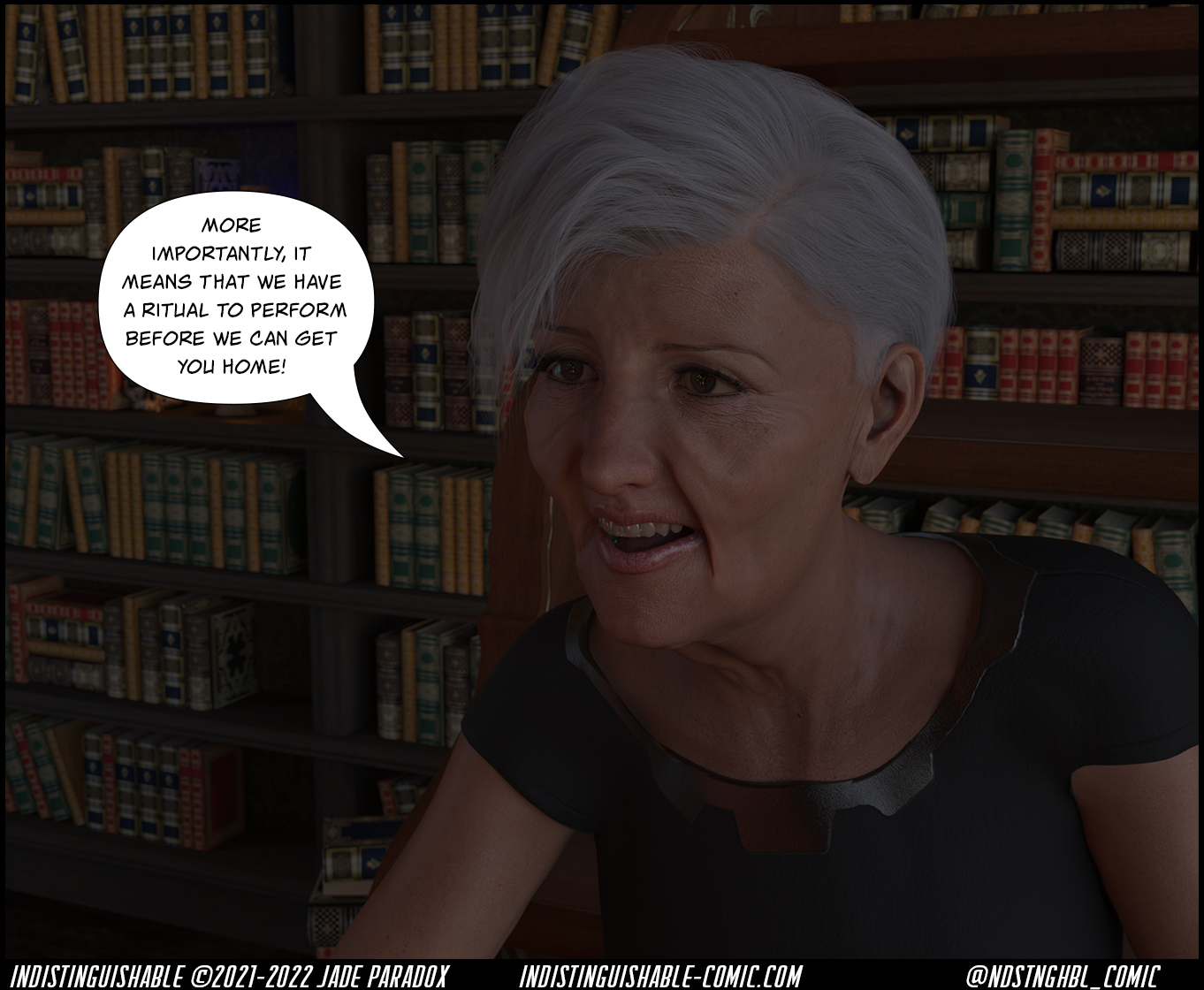 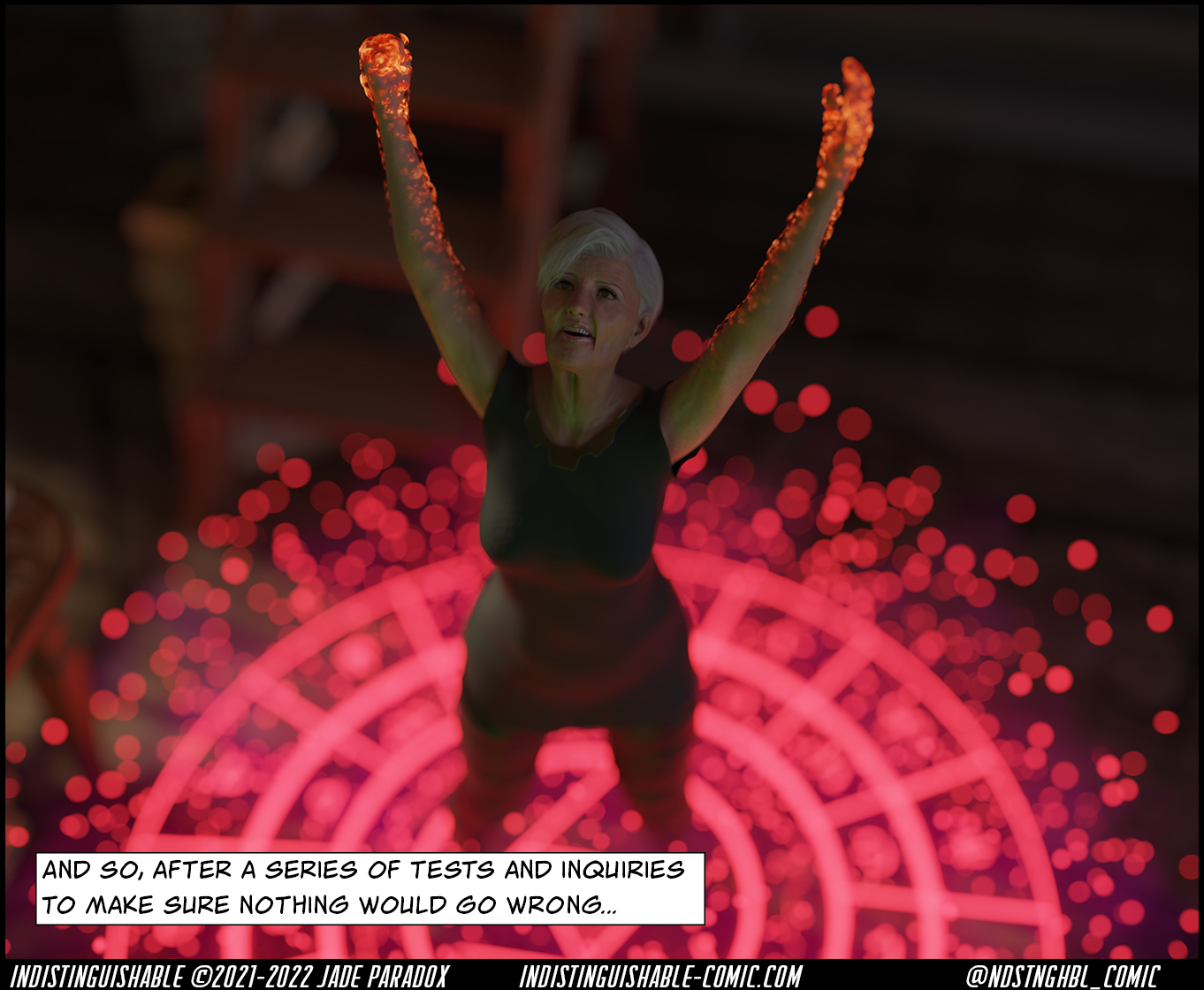 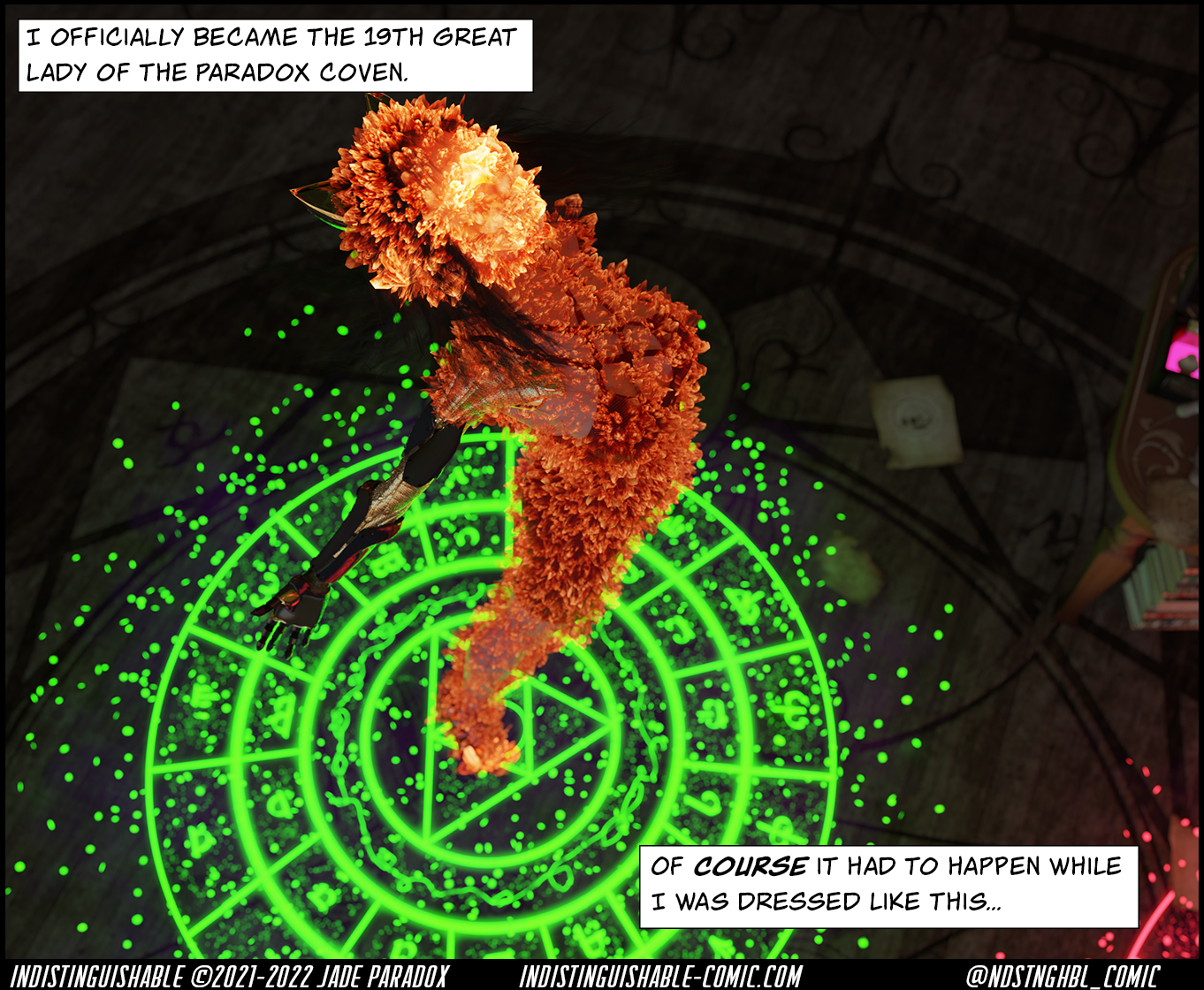 Yeah, it's time travel shenanigans. That's the reason. They're the Paradox coven, the fact that Jade hasn't obliterated at least one universe yet is a miracle.

Also, I know the poignancy of what's happening isn't really clear here. It might be discussed in the Trials side story, but I'd like that one to mostly focus on how magic works, rather than coven politics, which even to me, the pedantic worldbuilder, isn't very interesting.

Also, I know I said after the first of the year was going to be back to normal, but I am dealing with some pretty significant health issues, so I'll likely still be on the slower 1x/week schedule until I get over this. I'll keep y'all updated. Sorry :(